#1
So like any Mustang owner, especially with newer generations, we all like to make it our own. While I've only had it for a year, a few things have been done and since winter is slowly coming to an end, the pile of parts stack up.

Thought it'd be cool to see what it was to what it'll become.

Matte Black Over the Top Stripe

End of Year One

#6
So I was finally able to take her out yesterday and spent the better portion of 7 hours putting on all the parts that I've accumulated over the winter season.

The exterior is complete for the 2015 season!

New shifter ball to match the interior (reverse of exterior)

#9
So I had some free time this past weekend and decided to try out some plasti-dip. Now I know there's a certain stigma with the product, but for me, it was a cheap way to try out a look before putting some serious time, effort, and money.

Since the main color scheme I'm going for is grabber blue and matte/flat black the biggest thing that always seemed out of place was the 5.0 badge. I know there are black ones available, but from what I've seen, its not an entirely fun process of removing them. Since plasti-dip is removeable, no big deal if I didn't like it.

Since the badge came out pretty good, I decided to try the heat extractors. Took a few more coats to try and get all the nooks and crannies.

So I'll be curious to see how long it'll last during this year's season. Still, I think its a good alternative until I finally give in and paint the heat extractors and change the badges.

#11
Looks awesome! I also did my GT badges black and love it. You could barely see the chrome with my color. Heat extractors look great as well!

#13
So it's been awhile since I've updated the progress so here goes! It's going to be a long one! It's been a busy last few months! Got married, bought a house, and now the home projects begin!

I forgot to take pictures as I added stuff, but the part image should suffice for now. 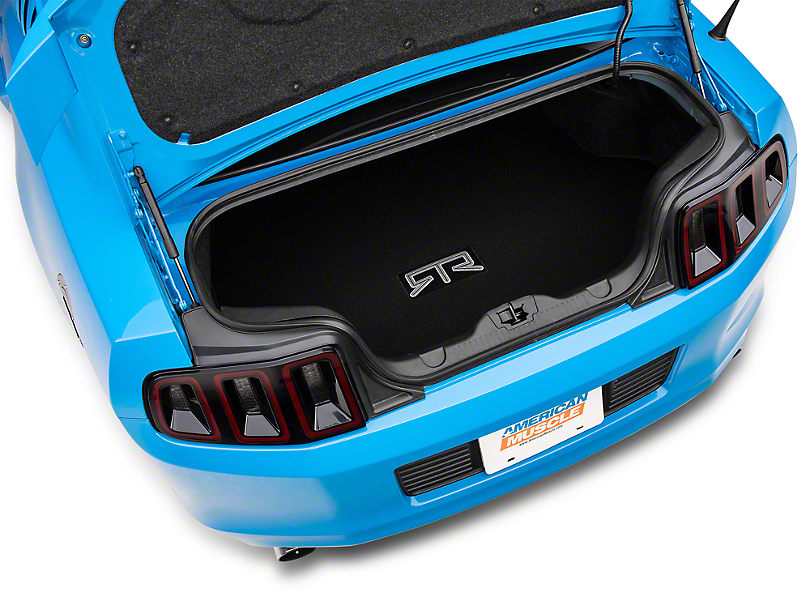 Man is this carpet nice, it's THICK. Way better than I expected. 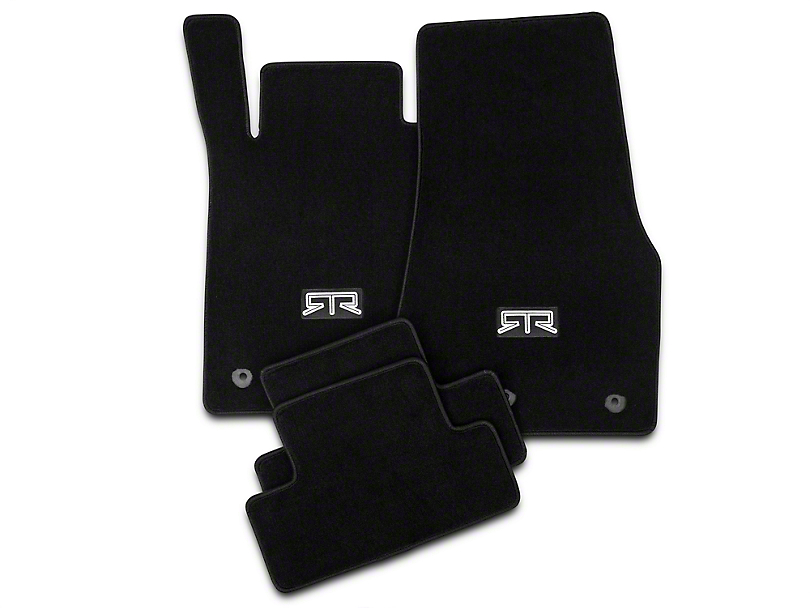 These too were heavy duty mats, had a nice spiked backing. My previous GT embroidered ones did not have the nicer backing and is considerably thinner than the RTR mats. 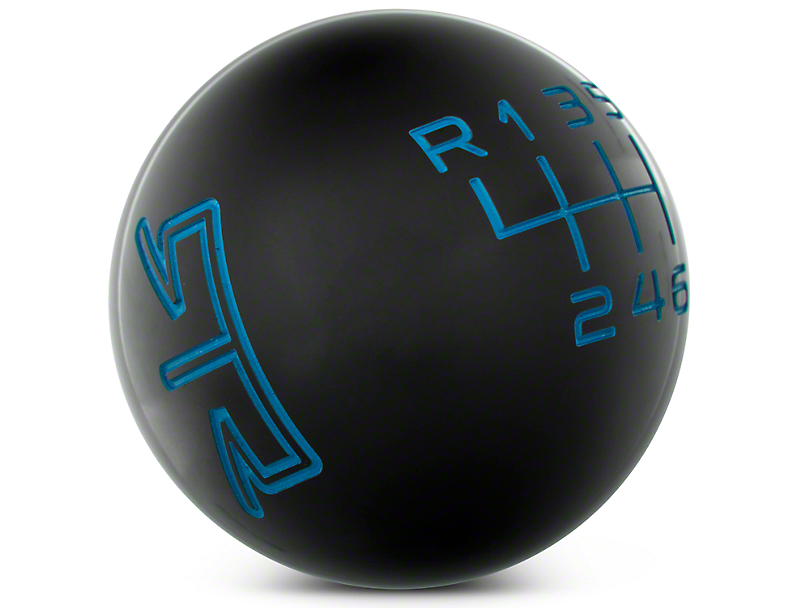 So this one I was a little disappointed with, but it's a little bit my fault. So I wanted to get this since it's part of the overall theme. The problem is that it's alot smaller than I anticipated, but I didn't read the measurement. This shifter ball is 1 3/4" and it's tiny. The current one I have is 2 1/8". I have a decent sized hand and the larger one is nice. The RTR knob is almost silly in the palm of my hand. I may just keep it for originality sake. 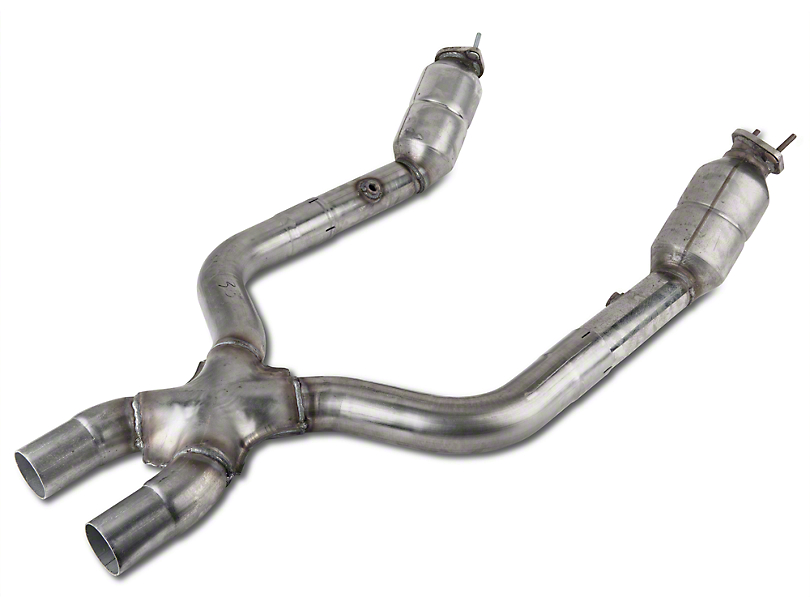 So I finally bit the bullet and got the mid-pipe. I chose to go catted to avoid the inspection issues, but I'll get to that in a moment. Install appeared it was going to be a breeze, but luck was not my friend that day. There are a total of 8 nuts that need to be loosened and I was able to get 5 of them off. I only have the use of ramps and the nuts on the stock cats were refusing to come off. After burning myself and rounding one of the nuts, I decided it's time to have someone with heavier duty tools and a lift to work on it. So my mechanic was able to do the work, unfortunately had to cut one bolt off, but the new cats came with new hardware anyways.

I'm so happy with the sound. The RTR Axlebacks I have are awesome but before the midpipe and high flow cats, the exhaust note tapered off after 3500 rpm. Now with the new addition it's a tad louder (still neighborhood friendly) and after 3500 rpm it sounds like pure racecar. It puts some "stank" on it when you wind it out.

Now for the inspection portion... So my intention was to get the high flow cats and have it pass inspection without issue. Unfortunately it didn't go as planned. When I took the cat's out of the box originally, there were a few fins missing from the mesh that makes up the intake end of the cat. I didn't see it as a problem, but I've come to find out the Check Engine Light came on anyways saying the driver side cat is not efficient as it should be....(well duh, of course!) So I'll have to tune it in the winter when it's due and go from there. I don't have any intentions of taking it off, it sounds great.

So my goal since day 1 has been to have an RTR Spec-1. For intents and purposes its mostly a styling package with minor improvements to power and handling. There is a Spec-2, but that's more track based (panhard bar, sway bars, etc) and is more than I'll ever need.

Originally this is a dealer installed package, similar to Roush packages with numbered plates and everything. So at the time when I purchased my '14 GT I wasn't able to find an RTR in my color and at the time didn't have the cash to purchase the package myself and have it installed. As money became available I've bought the parts that are in that package.

Up until recently, there were many parts that were not available outside of the package. Now I'm only missing a few pieces:

Since you cannot buy those anywhere, I contacted a few registered RTR dealers and one has at least been responding to my messages. I've asked how I go about making it official and getting the last few pieces and so far I'm still optimistic. Currently the RTR brand is experiencing some manufacturing delays on the kits and expected availability is not until the end of fall at minimum. I believe this as I've had trouble in the past locating parts. Hopefully now that American Muscle is now their distributor, things may pick up. So while I haven't received an official "NO" to my request, I think I still have a shot at making it an official RTR Spec 1. It'd be nice not having to put "RTR replica" at car shows and the like.

#18
Very good thank you. Been working like a madman. Making great progress on the car. Hoping to come out strong this spring. How are things with you?